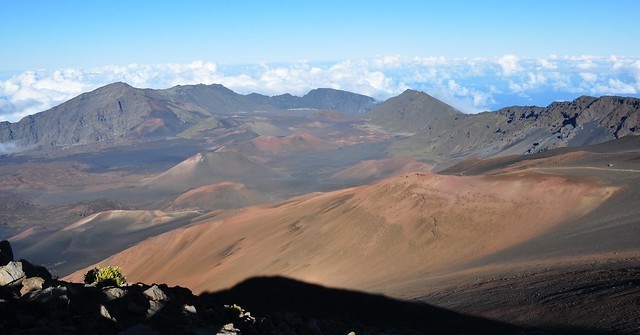 Why do bad things happen to good people? What is God up to when things don’t go our way? Where has he gone when things go horribly wrong? These are the kind of questions that people often ask in times of pain or disappointment. They are the kind of questions that are asked when faith is being tested. I don’t mean a testing as in the individual being tested to see if they have faith, I mean the kind of testing where the individual is trying to determine whether to keep believing or not. Sometimes the challenges of life, the pain and the disappointments, are too much, and a believer becomes a former believer. When we feel abandoned by God, sometimes we respond by abandoning him.

I have had conversations with people who claim to be atheists. I’m often left with the impression that they are not very good atheists because they appear to be very angry with the God who they claim doesn’t exist. This kind of atheism isn’t genuine, it’s more of a reaction to the pain and the disappointments. They have abandoned God because they believe that God abandoned them. With God out of the equation they seek to go through life as masters of their own destiny. They do so to feel that they are in control and they seek comfort in what they know because this offers that sense of being in control. Where is God when things aren’t working out the way we thought they would? “Obviously,” they might respond, “he was never really there.”

For the Children of Israel, these questions lay at the heart of their critique of their leaders. “Did you bring us out here to die?” they complained. “Life was hard in Egypt, but at least we didn’t go hungry” they lamented. They had lost sight of the promise. They had already forgotten the miraculous events that had brought about their freedom. They no longer saw God at work in their dessert experience. They were in the wasteland of their own pain and disappointment, unable to see beyond their circumstances.

God is not one to turn his back on us even when we have turned our backs on him, and he had certainly not turned his back on the Israelites. The same God who said to Moses at the burning bush, “I have heard the cries of my children Israel and I have come down to help them,” has once again heard the cries of his children. The difference this time is that he doesn’t have to come down. He has been with his children all along, just as he promised.

From that point on, the people witnessed God’s provision. They not only knew that he was present, but that he had been all along, and they ate meat at night and bread in the morning. That's not to say that they did not relapse. Over forty years the Israelites had many opportunities to remember again that God was with them.

Where is God when we are in the wasteland of our own pain and disappointment; the wilderness of grief and feeling out of control? If we too could turn and look, perhaps we might see his glory appear in those hard places; the glory as of one who feels our pain and understands our disappointment. The glory of him who knows grief and reminds us of who we are so that we can feel in control again. He hears our cries and meets us in our pain and disappointment. He bids us to draw near, not because he has been far from us, but because our hearts have been turned away from him.