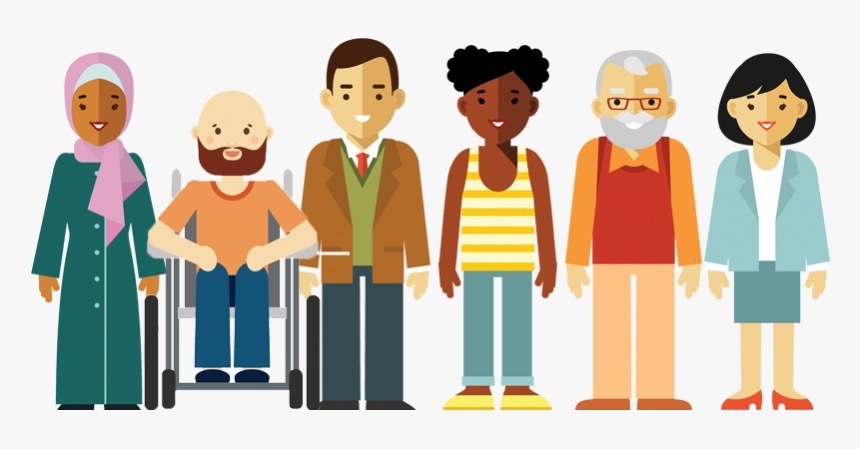 There are no heroes.... just saints

Many of you know that Pam and I come from a very low church, evangelical, back to the Bible church background. In the churches we grew up in, we had sayings like No Book but the Bible, No Creed but Christ, Bible Names for Bible things. And so we were not very big on titles. We simply called our leaders by their names and referred to them as minister or preacher or elder with no capital letters.

Several years ago when I was participating in my brother-in-law’s wedding, the presiding minister asked for my title. While I was serving as a minister with our church, I had no title per se. I wasn’t Pastor Eric or Reverend Eric. I was just Eric. So, Pam’s grandfather suggested that I tell them to call me saint Eric. The New Testament uses the word saint or saints 67 times and never is it used to refer to a special group of heroes of the faith but to all Christians. Interesting.

While attending the University of Calgary, I studied a lot of languages and linguistics. Language is a strange and intriguing thing. Furthermore, English is an interesting language because it has so many language influences. That’s why we have so many conflicting spelling rules. Two of the major influences in English are the Latin and Germanic languages. The word saint and related words like sanctify, sanctuary, etc come from the Latin word ​sanctos​. Alongside this is the word group holy and holiness which come from the Germanic word ​heilig ​and basically means the same thing. All these words - saint, sanctify, sanctuary, holy, holiness - all have to do with something or someone who is “set apart for a purpose” or special. So in essence, a saint is a person set apart, by God, for a special purpose.

Some of us have been meeting for Bible study on Wednesday evenings. Lately, we have been watching a video series called Reframe which is challenging us to understand God’s story so we can align our own story with His. In an episode talking about ancient Israel as part of our family

history, Eugene Peterson shared this thought. “There are no heroes, just ordinary people who do stupid things yet we are set apart by God for a special purpose. We are all saints”.

We just heard the lesson from Revelation 7. Revelation is an interesting and sometimes perplexing book. John was a pastor of several churches in what is now Turkey. It was a time of great persecution of the Christians. When John would not worship the emperor, he was sent to prison on the island of Patmos. He wanted to encourage the Christians he left behind by telling them that in the end, God wins, not the Romans. In order to get the letter out of the prison, he had to encrypt the message so he used language and images which had been used in the Old Testament that his readers would be familiar with but the Romans would not understand. In this passage, the apostle John describes a future vision of the saints in heaven - all of us - people who had gone through a great tribulation - literally a great pressure. This great tribulation started when Jesus died on the cross. It happened as a result of the Kingdom of God coming against kingdoms of this world that are inconsistent with Godly principles. This tribulation or pressure has been more or less intense throughout history depending on the difference God’s people were making in their world and how much political leaders were in conflict with the values of God’s kingdom. Nonetheless, these are not just the capital S saints John is talking about. It is all God’s people who have lived out their faith in one way or the other and experienced the pressure of doing so. This is what we have to look forward to. God wins and we all win with him.

This Reframe course to which I referred suggests that when we try to live out our Christian life in a world which does not hold the same values, there is conflict, there is pressure. In response to this pressure, we as Christians have two common responses. Some of us assimilate. We become so similar to the culture around us that we’re not noticed. And as a result, we don’t make any difference.The other common response is that we withdraw from our society. Church history is full of stories of people who withdrew into their own community to protect themselves from the evil influence around them. Monasticism was a common method of withdrawing. We do this today with our Christian schools in an effort to protect our children. While there is some value in withdrawing for a time, ultimately, when we withdraw for the long term, we do not make any difference in our society. So neither assimilating or withdrawing is the way to go.

We live in a broken world. Yet it is God’s intention to restore our world. And he has set apart his people to help him restore it. We read stories in church history of people building church buildings on pagan temple sites or even setting apart that former temple for Christian purposes.

The date of Christmas comes as a result of the church trying to supersede the pagan worship of the sun during winter solstice. Martin Luther took an old drinking song from the pub and put it to Christian words- a Mighty Fortress is our God. Just the other week, we sang a hymn which is from the tune of a Robbie Burns song. We can sanctify, set apart, things from our culture and use them for God’s purpose.

What about our lives? What about my life? What about your life? Does your life stand out in any way? I mean, any good way? Unfortunately, too many Christians stand out for doing stupid things and just being weird. But do we stand out for doing good things? Do we stand out for being counter cultural in a good way? Wouldn’t it be good if we were known primarily for bringing life and light to the people around us. Read 1 John 3:1-3. Since God loves us, he has set us apart to be his children. Now, since the culture around us does not know God, they probably won’t give his children any recognition. Yet we are encouraged to live our lives in a pure way so as to be a positive influence on the people around us. This has been God’s plan since he first began working with Abraham to set apart a people who would be examples of godliness, of living in relationship with God..

All Saints Day celebrates those people who have done this, and often died trying. I’ll let you decide whether to capitalize their title or celebrate them as heroes. Either way, let them be an example to us of not assimilating into culture and not withdrawing from it but instead engaging culture and meeting it head on. Let’s be counter cultural, not in a weird distasteful way but in a life-giving positive way. Let’s live up to the title God has given all of us - saint Kevin, saint Leanne, saint David, saint Carolyn, saint Bob, saint (fill in your name here) - set apart for a special purpose to help God redeem a broken world.